Facts and Myths about Doberman Pinschers 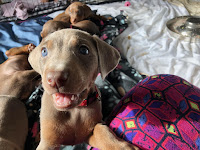 *The Doberman is an American war hero -True! Many times over the Dobermans have served our troupes in many wars over the years given their bravery, loyalty and willingness to protect their masters.
Dobermans are have been used over the years as police dogs, military dogs and service dogs. One of the first war Dobermans named Kurt served in the 1944 Battle of Guam during WWII. This brave Doberman saved the soldiers, but was killed by an enemy grenade. Kurt became the first dog buried in the United States Marine Corps War Dog Cemetery which you can visit today in Guam. Doberman are the unsung hero's of our armed forces and continue to serve man today. Dobermans were meant to have a job serving man and they do it with great pride and dignity! 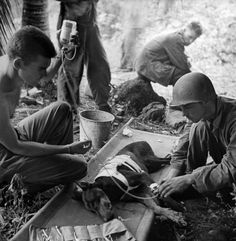 *Doberman are one of the top 10 smartest dogs-True! Doberman rank #5 in the top 10 smartest dogs If you have ever owned Doberman you already know this. Dobermans are wicked smart! Dobermans are very willing to learn, easily trainable and really want to do a good job for their masters! Doberman seem to be able to read their people with superior accuracy. While their intelligence is natural it takes a good leader to invest the time to master this intelligence to its full capability!

*A Dobermans brain swells as they get older causing them to go CRAZY and turning on their masters! FALSE!!! False, false, false. We think to ourselves, "no you really didn't just say that comment," but hard to believe, once in a blue moon, this crazy talk is still vocalized! There is NO Scientific way this is possible. Brains don't magically grow in any skull. Brain swelling results from an injury or head trauma, in any dog, and if the animal was so injured that their brain was swelling, there would be no way they could physically carry out such an attack, or be able to function. Most likely they would be unconscious or dead from the swelling, like a human brain injury. 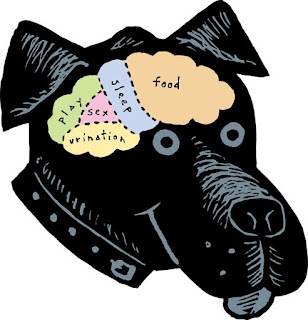 * The Doberman is mixed Breed! TRUE!

The American Kennel Club history believes the breeds utilized to develop the Doberman may have included the old short haired shepherd, Rottweiler, Black and Tan Terrier and the German Pinscher. There are possibly many other breeds not taken into account. This would explain the variances we might see in the Doberman breed. Mutts through and through, but this is how new breeds are created! 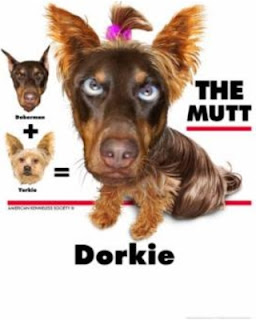 *The Doberman is not a breed for everyone-TRUE! This breed is very active and in your face 24/7. If you like to come home after a long day, sit down and watch TV, this breed is NOT a good choice for you. Dobermans are high energy dogs and need to have energy release options or they can become destructive and annoying. You must be willing to play or walk them every day. Some, such as the teenagers, require much more energy release then others. Doggy daycare is a great option to reduce this energy. A tired Doberman is always a GOOD dog! If you like to go to into the next room or even the bathroom without being followed, this breed is not for you. Dobermans love their humans, have a need to know what you are up to, want to touch you and will follow you where ever you are at every waking moment. 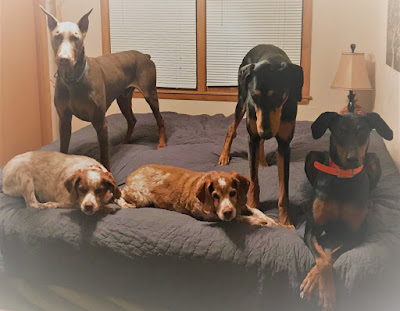 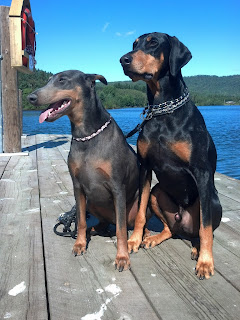 *We love our Dobermans for all they give back to us! 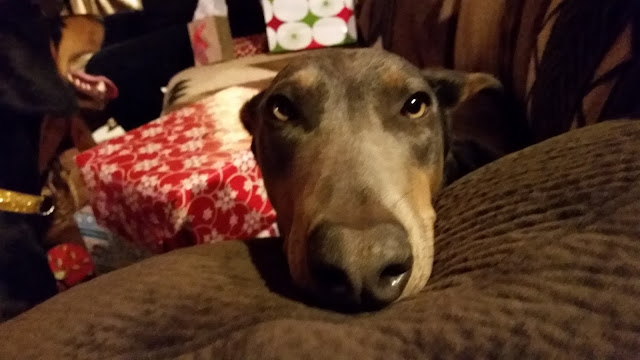 Posted by Doberescuer at 6:32 AM No comments:

Pablo’s past was dark and sad, but thanks to many angels he has the brightest future…

Pablo came to UDR via a phone call from a rescue angel running a shelter in Kansas City.  Pablo was surrendered to her shelter with nothing, and was afraid of everyone and everything.  He withdrew to huddle in fear to the back of his kennel run and stopped eating altogether.  The shelter director called UDR for help, fearing for Pablo’s slide into emaciation, and we were happy to take this scared boy in. 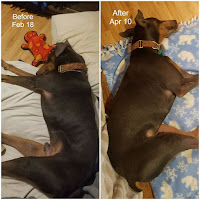 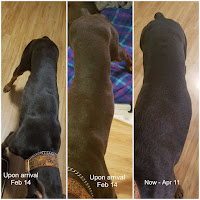 More angels came to Pablo’s rescue by fostering him locally and providing transport up to Minnesota 3 weeks later.

Like all UDR dogs, Pablo was placed in a loving foster home, who took on the task of rehabilitating him both physically and mentally.  Pablo was deathly afraid of men, and it took 3 long months for Pablo to readily approach his foster dad.  His foster home worked at Pablo’s pace and slowly boosted his confidence and ability to trust. 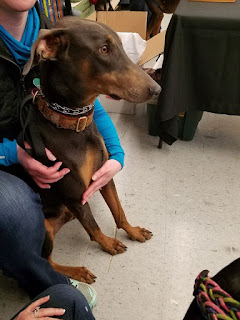 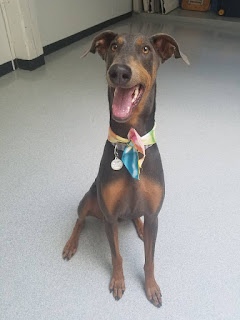 After 6.5 months in foster, Pablo met his ultimate angels – his adopters.  By the time Pablo was adopted, you would have never guessed his difficult past – Pablo had become a joyously happy boy who was eager to meet new experiences and people.  Here’s what his new family has to say about him:

We’re the Medvec’s, and this is the story of how Pablo became part of our pack. Our family lost our first dog (Buddy) in a tragic car accident last Summer. During the grieving process, we realized we weren’t ready to be dog-less. We love animals, and our young daughter had grown very attached to her fur-brother. Knowing that we wanted to find another dog, I started doing some research on family-friendly breeds and local rescues that would possible have those breeds. I found Pablo and UDR through PetFinder in late August, and I have to say it was love at first sight! I immediately called my Husband and reached out in hopes that we could start the adoption process. Luckily for us, he was still available and so the process began!

Going into this adoption, we were given fair warning that Pablo had a rough start to life. We were told that it would most likely take him MONTHS to warm up to us, but we were willing to wait. To our surprise, he was snuggling with us the first night he was home. Through trust and bonding, Pablo has happily blended into our family. He’s great with our daughter, great with our 2 cats, and loves every neighbor dog he meets. We keep waiting for a negative trait to emerge, but it hasn’t happened yet! He’s all-around the perfect dog. 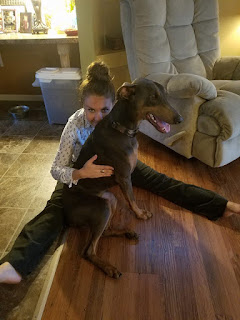 Drop-Off with his new Mom!!

Pablo’s favorite hobbies are: going up to the cabin, swimming, running, playing frisbee, playing with other dogs, popping bubbles with his Sister, chewing on his antler, and cuddling! 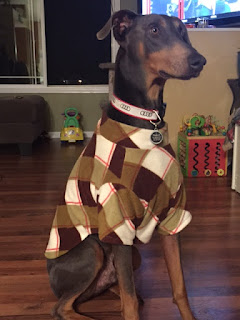 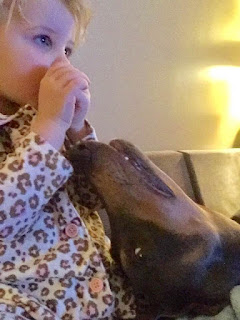 Thank you, UDR, for saving Pablo and allowing us to give this sweet boy a home. I can say with confidence that he has a family that loves him and he will forever be taken care of. 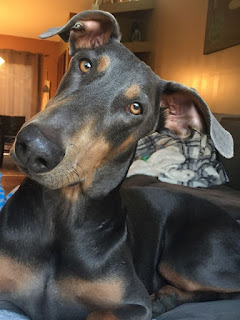